Representing the World Organisation of Dredging Associations, comprising CEDA, WEDA and EADA, Dr Craig Vogt, Chairman of the WEDA Environment Commission, presented the recently published two CEDA papers on beneficial use of sediments at the currently ongoing  meeting of the IMO London Convention & Protocol. Dr Vogt also told about the beneficial use case studies online portal and invited the audience to add further case studies to the collection. 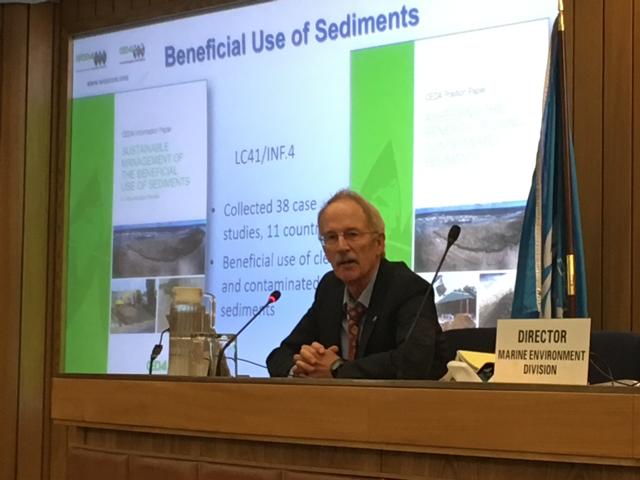 A wealth of knowledge and best practice examples

The papers, as well as the presentation can be downloaded following the links below.

These papers, prepared by a CEDA Working Group  have been published to inform sediment stakeholders, and practitioners, about the most recent advances in the beneficial use of sediments. The information paper demonstrates that beneficial use applications exist for clean sediments as well as those contaminated with low-level pollutants. The associated position paper aims to address the perceived challenges by focusing on the risk management, and beneficial use opportunities, when dealing with sediments with various degrees of contamination. Both papers, and accompanying case studies, cover ongoing international initiatives and programmes, and best management practices, in the field, and discuss the value of sediments as a natural resource in the context of sustainable development. They also aim to inspire international government agencies and policy makers, contractors, project advocates and international donors (such as the World Bank), to encourage the implementation of sustainable sediment management strategies.

WODA at the London Convention and Protocol

WODA has an official observer status at the IMO London Convention and Protocol. In that capacity we participates in LC & LP meetings and relevant working groups and provides independent expert advice to help shape policy development.Our overarching aim is to ensure that any legislation pertaining to dredging and placement activities and maritime construction works is based on the sound technical and scientific knowledge takes account of best practice and is ultimately workable. WODA/CEDA have a long history of working within the London Convention and Protocol and on behalf of the WODA membership and as such WODA is a recognised source of unbiased technical information on all aspects of dredging and dredged sediment placement.

The `Convention on the Prevention of Marine Pollution by Dumping of Wastes and Other Matter 1972', the `London Convention' for short, is one of the first global conventions to protect the marine environment from human activities and has been in force since 1975. In 1996, the `London Protocol' was agreed to modernise the Convention and, eventually, replace it (IMO, 2016). 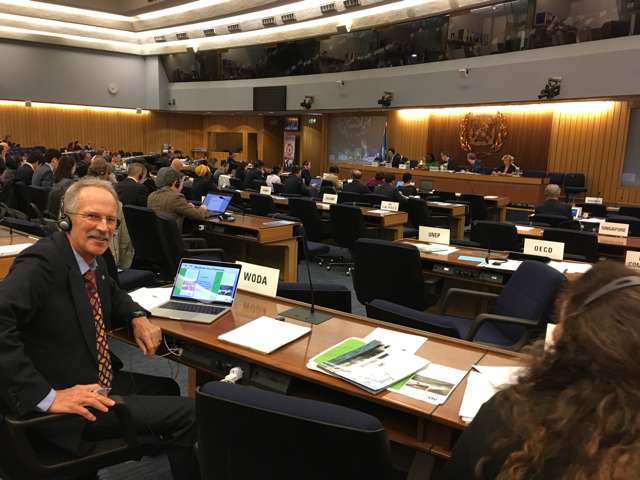 WODA, along with a number of other organisations, has worked to ensure that dredged material is treated as a special case and has been instrumental in changing the image of dredged material recognising that it consists mainly of natural sediments and only a small proportion of the total volume dredged annually is contaminated. As a result, what was previously described as dredged ‘spoil’ is now known as dredged ‘material’ a term now embedded in the convention.

The London Convention and Protocol adopted the Dredged Material Assessment Framework (DMAF) in 1995, this was replaced by the Specific Guidelines for the Assessment of Dredged Material in 2000 which was revised in 2014. Through its observer status WODA/CEDA contributed significantly to drawing up the original assessment frameworks and guidelines and has continued to provide expert input into their revisions.

Looking back on CEDA Dredging Days 2019 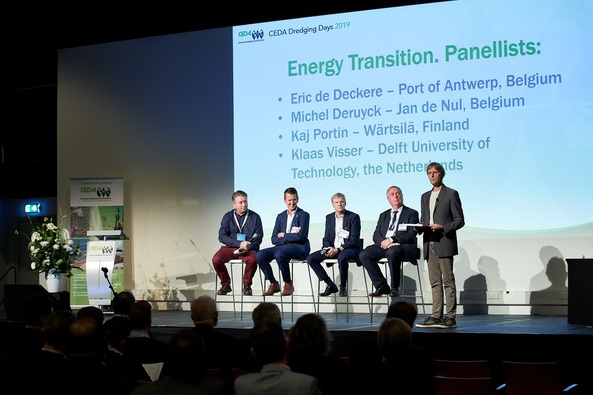 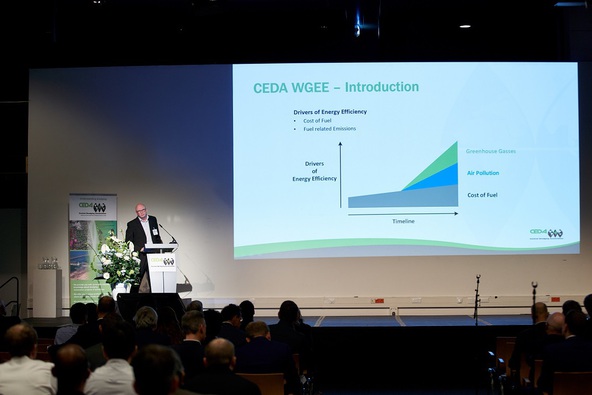 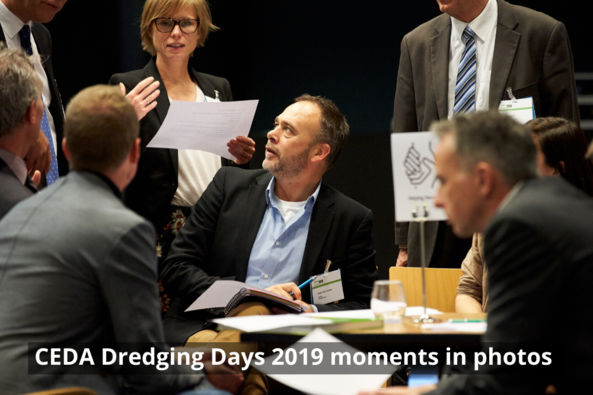