Contaminated sediment from the seabed at Sandvikselva in the Oslo fjord was removed by dredging and stabilized by mixing with a GGBS plus cement-based binder, and used in the construction of a new quay wall. Approximately 4,000 m3 of sediments were dredged by a mobile crane and grab, and placed behind a concrete sheet pile wall, where mass stabilisation was carried out by injecting and mixing the GGBS/cement binder with the dredged sediments.

The stabilised sediments were used for construction of a new quay wall, providing an additional 3,000 m2 of new amenity land. The binder was a 50:50 mix of GGBS and cement, mixed at a binder content of 140 – 180 kg/m3 of dredged sediment. The contaminants in the sediment comprised TBT, PAH, mercury and other heavy metals. Compressive strength tests on the stabilised sediments gave strengths in the order of 600 – 1,000 kPa at 260 days. 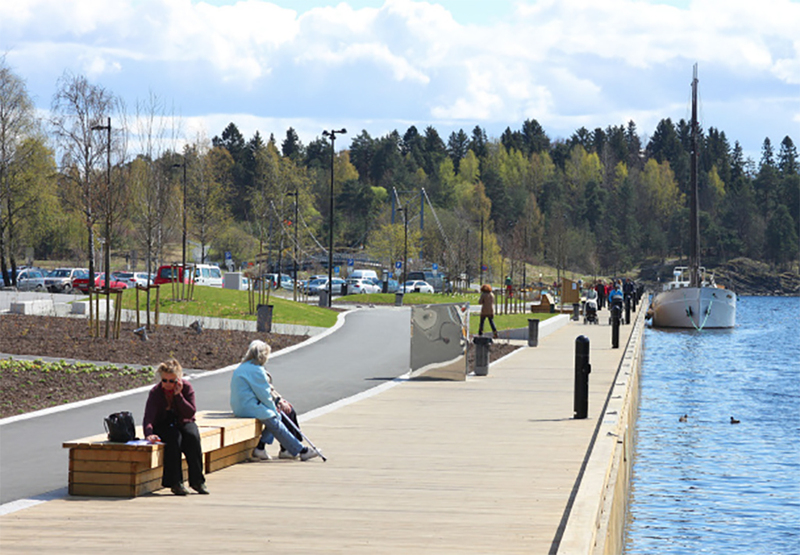 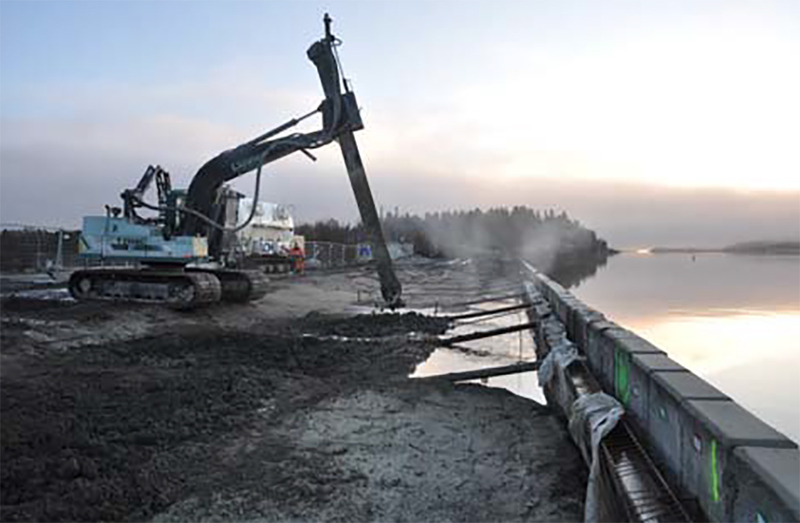