Regular maintenance dredging were carried out in the Port of Aucklnad in the Rangitoto channel and port berthing pockets (POAL, 2018). The material dredged is beneficially reused in the expansion of the port’s container terminal. In the early 2000’s the Port of Auckland began stabilising the dredged material with Portland Cement to produce mudcrete (POAL, 2018). The dredged material was excavated from the seabed using Heron Construction Co. Ltd’s backhoe dredging barges (Machiavelli, Kimahia & Combi) and transported via hopper barges to a reclamation site (HeronConstruction, 2015). The hopper barge was then attached to Heron Construction Co. Ltd’s Mesenge pugmill barge. The purpose built Mesenge pugmill barge stabilised the dredged material and placed the mudcrete in the port’s reclamation using a Hitachi EX700 longreach excavator.

The beneficial use of mudcrete on the Ports of Auckland’s container terminal expansion resulted in cost savings (POAL, 2018). The cost saving was realised due to early dredged material management planning, resulting in efficient logistics, eliminating the need for hopper barges and tugs to travel great distances for the disposal of dredged materials. The use of mudcrete was more economical when compared to quarry aggregates, which has greater value when utlised in roads and concrete projects. 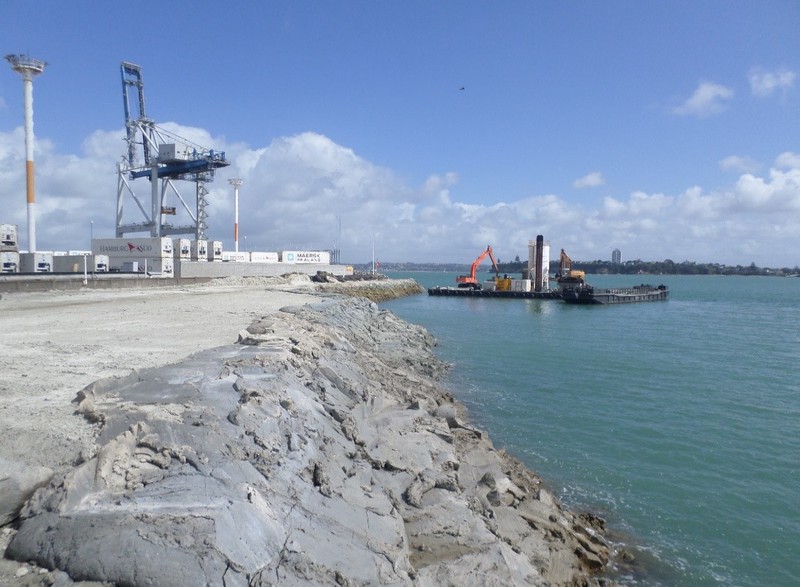 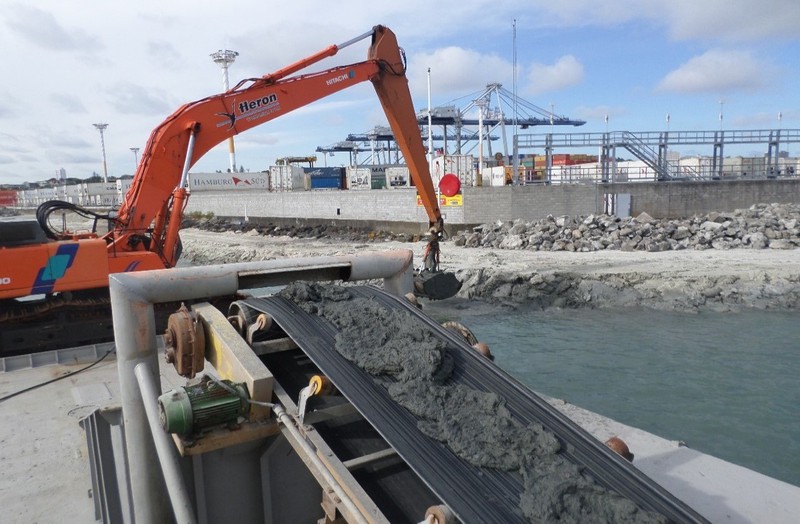