The Toledo Harbor, situated on Maumee Bay in western Lake Erie, is dredged annually (600,000 m³ – 800,000 m³) by the U.S. Army Corps of Engineers (USACE) to maintain the federal navigational channel for deep-draft commercial vessels.  The dredged material meets USEPA risk-based discharge standards, and dredged materials have been historically placed in an area in Lake Erie (within Maumee Bay), which is permitted annually by the State of Ohio.  A concern exists that resuspension of nutrient-rich sediments disposed in the open-lake placement area contributes to the impactful cyanobacteria/harmful algal blooms and turbidity recently occurring in the western basin of Lake Erie.

A field-scale demonstration was implemented to evaluate an option to use dredge sediments to raise the elevation of near-shore agricultural fields (Agricultural Field Improvements option):

The basic evaluation assumptions tested by the demonstration include: 1) costs and capacity needs to hydraulically place the material; 2) the ratio between in-place, dewatered and dredged “cut” material volumes; 3) the effectiveness/feasibility of an adjacent edge-of-field filter system; 4) the time to dewater and consolidate the material to allow for farming activities; and 5) the ability of decant and underdrain controls for return water quality to meet standards for discharge to Lake Erie.

The Great Lakes Dredged Material Center for Innovation was designed and constructed with State of Ohio funded dollars. Approximately 60,000 m3 of dredged material was hydraulically placed in four cells at this 14-acre facility over two dredging cycles, 2016 and 2017, with an average initial consolidation resulting in an average fill depth of approximately 1.2 m. Approximate airspace use resulted in a consolidated sediment airspace/“cut” volume ratio  (sediment + water) of 0.6 to 0.7, after one year of consolidation. Return water quality standards can be met with passive water control structures, such as weirs and underdrains (field tiles). Significant volunteer wetland plant growth was observed, which accelerated dewatering/consolidation of the material and introduced organic matter to the sediment. 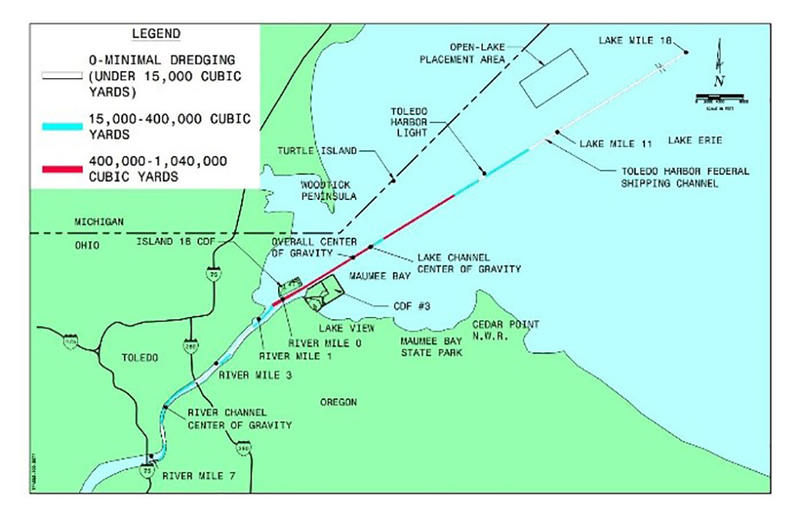 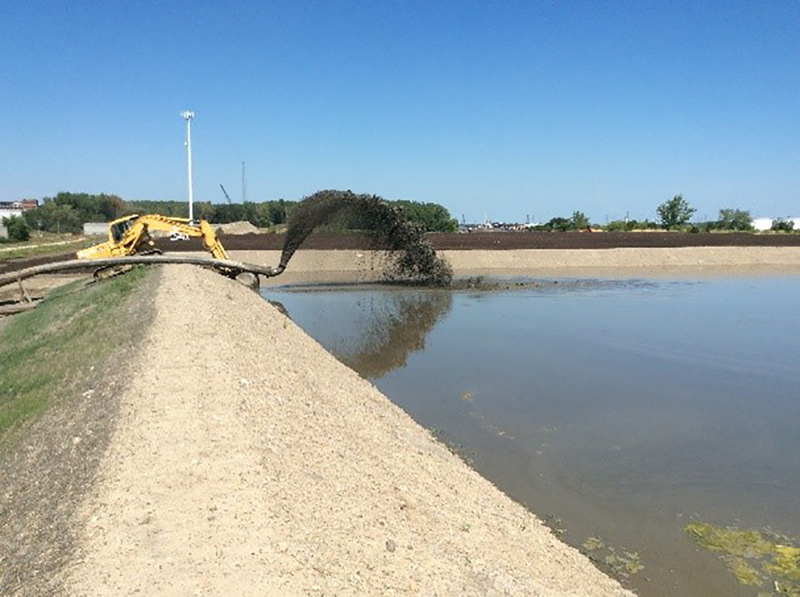 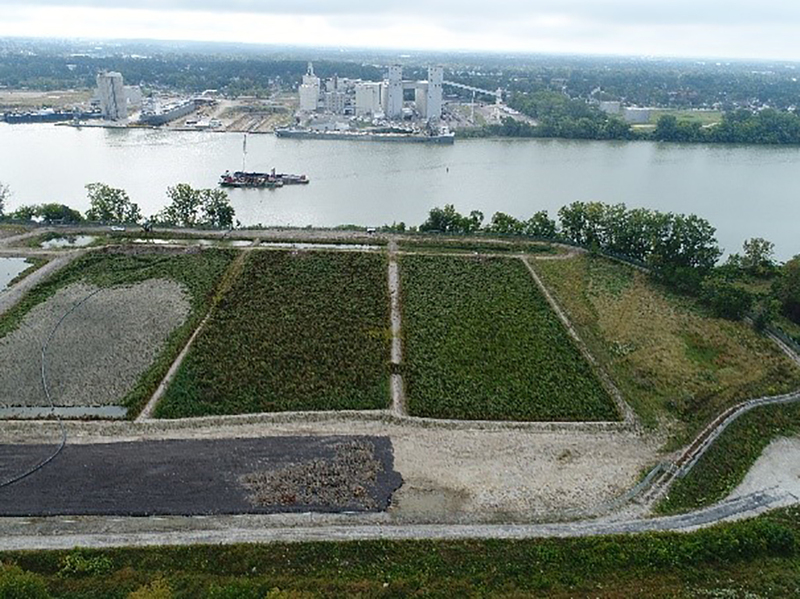