Use as substitute for sand

The Port of Hamburg for several years has been redeveloping small, not economically usable port basins and land areas into new, larger areas e.g. for container handling or as a logistic location.

The Hamburg Port Authority has now embarked on a new innovative practice and has carried out a large-scale backfilling of a former harbour basin using treated dredged material instead of sand for the first time. An area of ​​almost 8 hectares of the former dredged material storage facility ‘Dradenauhafen’ had been converted to a land area for future use as a new logistic location. On one hand about 250,000 m³ of soft, silty sediment had remained on the bottom of the intermediate stock ‘Dradenauhafen’. On the other hand, while backfilling the harbour basin, an additional 290,000 m³ of treated dredged material from the METHA plant (METHA-Material) was installed with a specially adapted construction method. Thus, more than 500,000 m³ sand could be saved as a filling material. At the same time, the total reused volume of dredged material corresponds roughly to the volume of two years of landfill capacity that has been saved (generating economic advantage).

To meet the specific condition of the METHA-Material, which required limited settling rates after construction, an adapted construction method was implemented, using vertical drainage and superimposed load. Over 90% of the expected settlements occurred before completion of the project. To fulfil the environmental requirements, so-called methane oxidation windows were built on the brink of the area, which demolish microbial the methane that forms in the subsurface. In addition, an inventive drainage system ensures that no pollutants are released into the surrounding groundwater and the surface waters.

The following objectives were achieved by using the METHA-Material in the backfilling project:

Efficient and cost-saving combination of maintenance dredging and land reclamation. 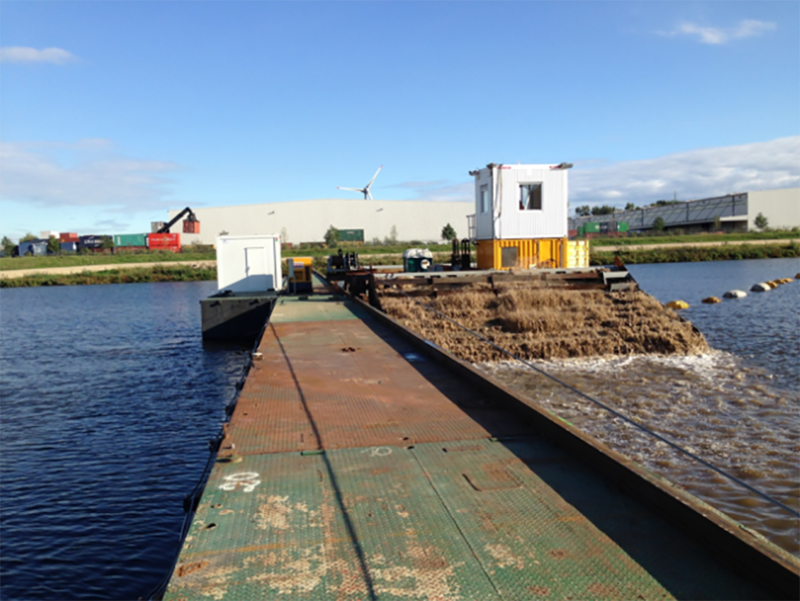 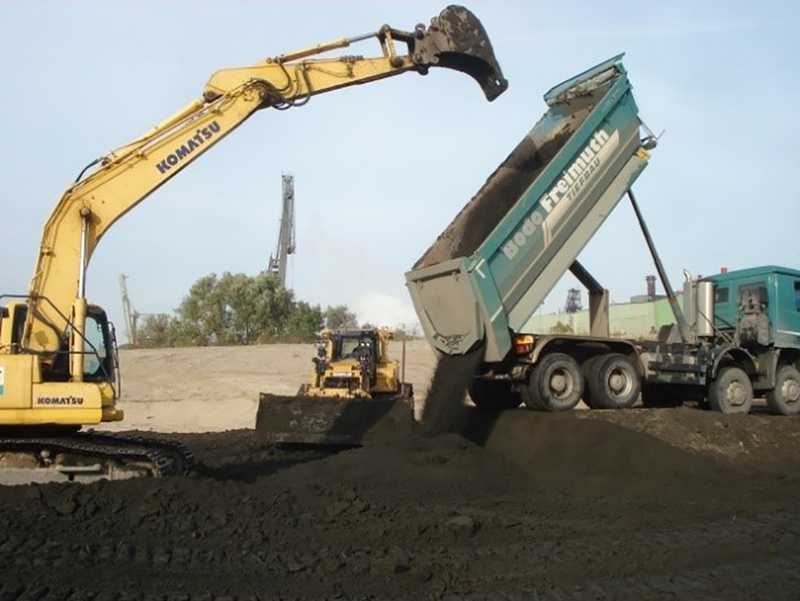