Executor
(companies on dredging and on earth works)

Use as agricultural soil

The operation and maintenance of German navigable waterways are the responsibility, respectively, of the federal ministry of traffic and of the subordinated ´Federal Waterways and Shipping Agency (GDWS)´. The disposal of dredged material, basically in estuarine waterways, is carried out by the GDWS with regard to international guidelines and to effects on water quality. If it is economically-viable, dredged material is also deposited on land.

In the tidal Ems river, the Meyer shipyard transfers new built cruise liners to the North Sea twice a year. For each transfer GDWS performs a dredging campaign of approximately 1 million m³ predominant organic silty material to adapt the navigation channel from Papenburg to Emden. In order to improve agricultural conditions, in 2005 several farmers near Ihrhove offered 500 hectare of their low-lying pastureland to be filled up with silt from dredging in the tidal Ems river. To GDWS this meant an economic opportunity to avoid long and expensive sailing distances with dredged material to the disposal area in the Ems estuary.

As the sediments in the tidal Ems river are not contaminated at all, the county administration gave a legal building permission for creating a low hill in a large area with dredged material (silt or rather clay) as building material. Premise of the permission in particular was an adequate natural compensation of protected flora and fauna in the wetlands to be covered. A big part (ca. 50%) of the adequate compensation for the affected natural environment of protected flora and fauna in the covered wetlands is the recultivated new marshland into pastureland (and in no case as arable land).

The subsoil all over the area of the filling fields consists of a very thick layer of peat. Therefore the foundation and the maximum level of the dams posed a big problem. So after having drained the silt in the filling fields there remained a layer of pure clay of max. 1m. Even though the layer of clay was less than expected the increase of fertileness of the new pastureland was very evident and satisfying.  Currently, the last field has been filled up and its recultivation to pastureland will start. In summary the project has an economic win–win-effect for both the farmers and GDWS. 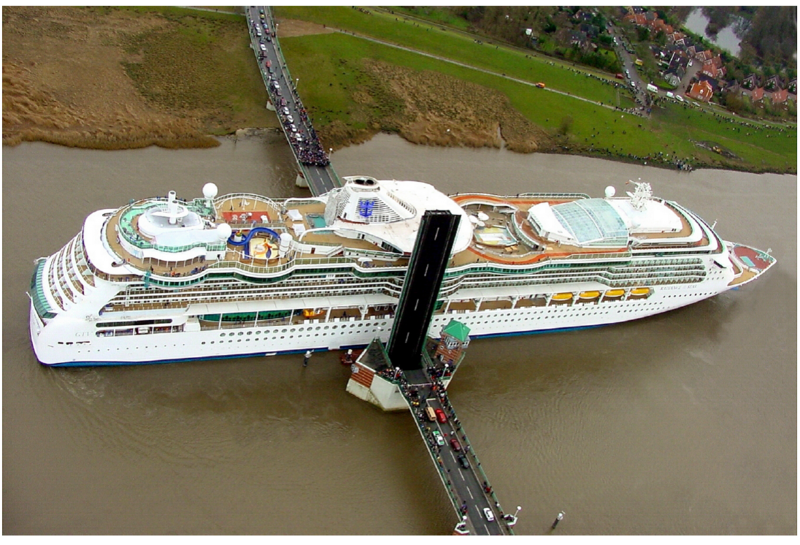 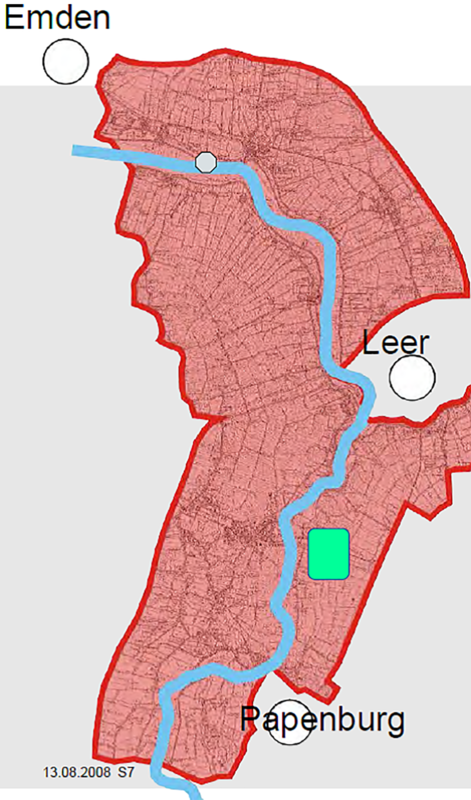 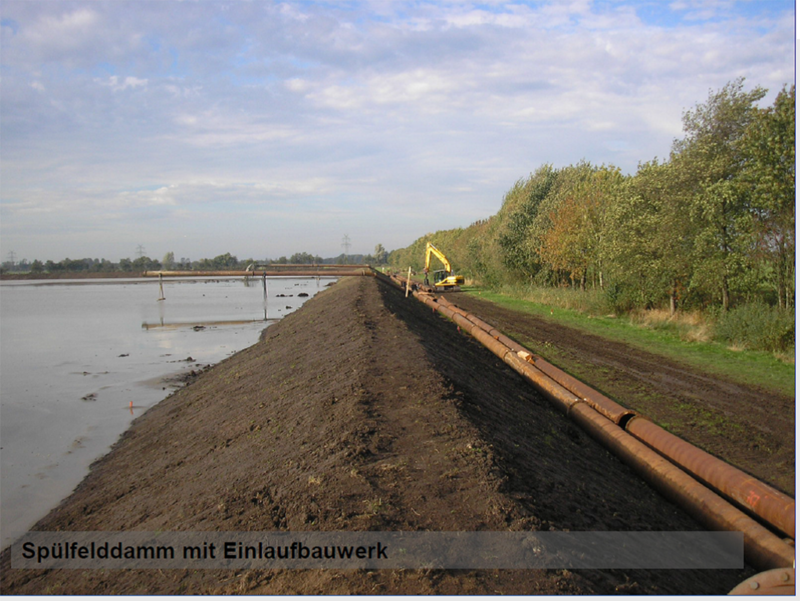 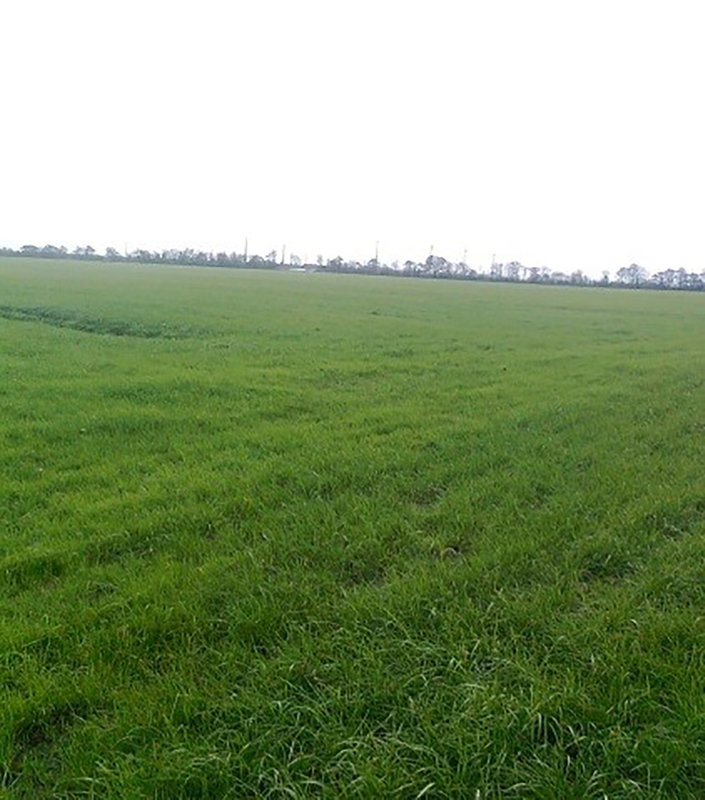 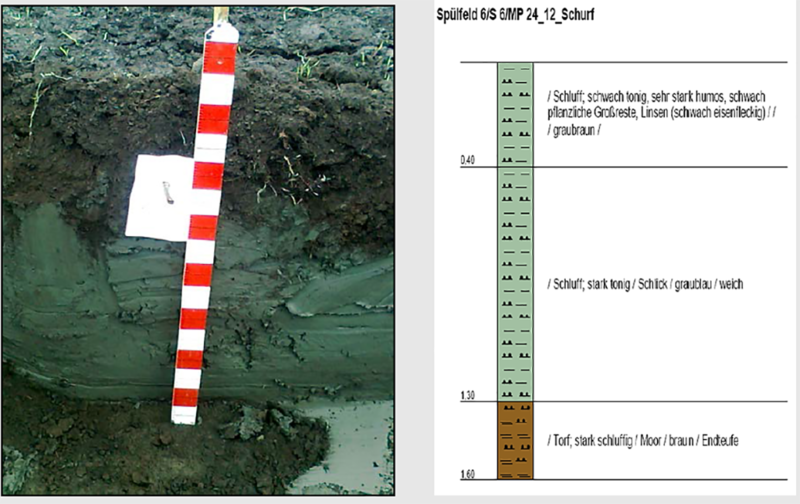