To meet the anticipated disposal requirements of dredged material from Horsehoe Bend for future channel maintenance, the US Army Corps of Engineers New Orleans District selected mounding of material at a mid-river open water placement site on the Lower Atchafalaya River within a 350-acre (142 ha) area immediately adjacent to the navigation channel and upriver of a small naturally forming island.  Beginning in 2002, strategic placement of the sediment dredged from Horseshoe Bend occurred at the mid-river open water placement area.  Placement of between 0.5 to 1.8 million cubic yards of sediment was conducted every 1 to 3 years which influenced and contributed to the development of an approximately 35 ha island mid-river.  This aided the island’s growth to produce greater benefits than would not have been achieved using more conventional placement practices.

The Horseshoe Bend project has realised multiple benefits: 1) enhanced ecosystem sustainability, 2) carbon sequestration, 3) nutrient sequestration, 4) improved navigation support and reduced maintenance costs, plus an unanticipated spinoff of enhanced research support to study and report on the multiple benefits of this initiative.  The improvement of the environment, specifically the new populations of flora and fauna, is a key benefit. The island now supports 81 plant species and 23 animal species including 9 species of wading birds, along with an invertebrate community and a microbial community that promotes nutrient sequestration in the soil.

A substantial gain in navigation support and maintenance has also been realized in the order of $4.3m per annum. The island resulted in the re-routing of the Federal navigational channel that is now 1.13 km shorter, reducing the annual fuel consumption by more than 68,000 liters (18,000 gal), and with this, significant reductions in carbon emissions.

It is estimated that Horseshoe Bend Island will sequester an average of 5,220 kg of carbon per year. The sediments reduced the load of nitrogen delivered to the northern Gulf of Mexico, with the potential to reduce the annual hypoxic zone. Creation of the island has resulted in research projects ranging in value from $125K - $266K over four fiscal years with an average of $213K per annum. 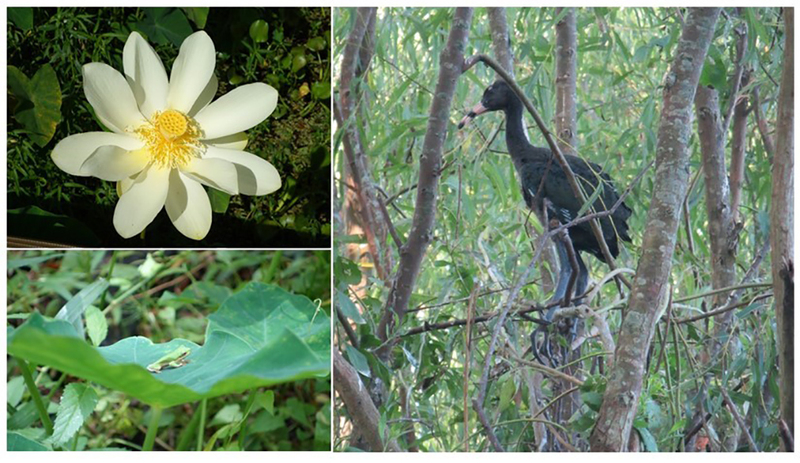