The southern tip of Green Bay in Lake Michigan has historically included extensive wetlands. These wetlands were adjacent to the mainland and a series of small barrier islands. Wetlands connected these barrier islands to form 1.5 mile long contiguous system from the mainland to the most offshore island (Cat Island). Flood management dams, land use change, and navigation channels have reduced mineral sediment loadings into southern Green Bay wetlands. Over the past century, wetland acreage has decreased through this combination of land reclamation and wetland degradation due to decreased external sediment sources. During the 1980s and 1990s, the Great Lakes experienced an extended period of record high lake levels. The barrier islands and associated wetland, which had already been degraded over the previous century, were decimated by wave action during these high lake levels. The system has not recovered over the past 20 years.

The Cat Island Restoration Project is a multi-partner habitat restoration project that involves reconstructing three islands in lower Green Bay, providing 272 acres of habitat for shorebirds, waterfowl, amphibians, turtles, invertebrates, and furbearing mammals. A 2.5 mile long wave barrier along the remnant Cat Island shoals was designed to protect and help to restore approximately 1,225 acres of shallow water and wetland habitat behind the islands leading to recovery of much of the important lower bay habitat while benefiting sport and commercial fisheries.  The three islands will be built from beneficially reused fine sands dredged from the outer harbor navigation channel. The wave barrier has been constructed and dredged material is being placed behind it to reconstruct the islands. Approximately 120, 000 cy is dredged annually from the navigation channel. At this volume, approximately 20 years will be required to reconstruct the islands, which require of 20Mcy of dredged sediment. Once established and vegetated, the islands should be able to withstand wave action without the wave barrier in a manner similar to the system that existed prior to the 1960s. 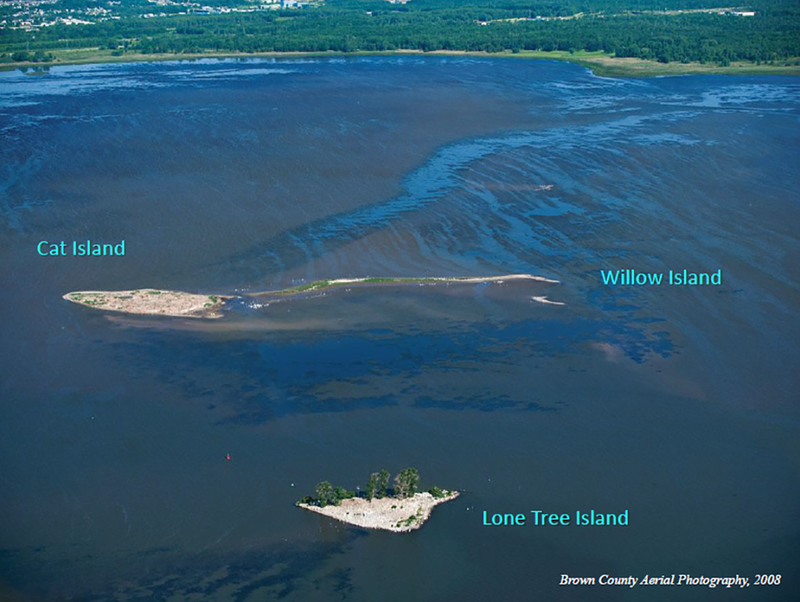 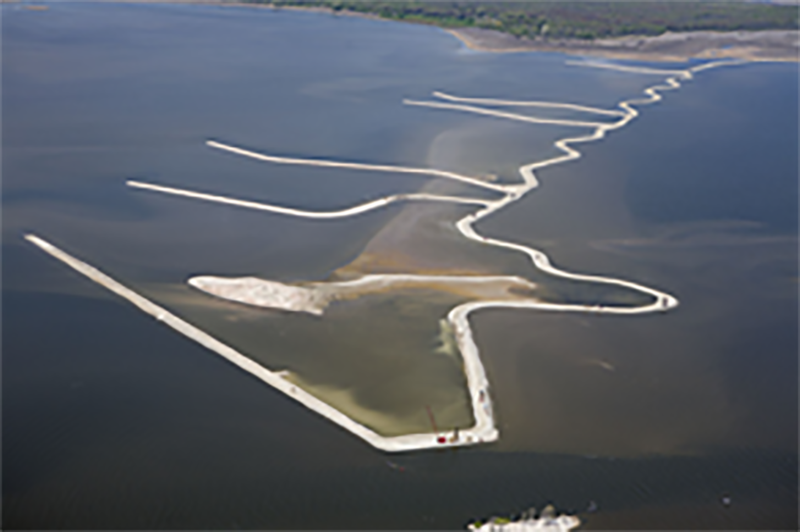