Use for coast defence and nature restoration

Storm damage to Deer Island, a remnant of the mainland and now a protective spit on the Mississippi coast at Biloxi, has led to a loss of one-third of the footprint of the island since 1850. This has led to reduced ecological habitat features for native and migratory species (including fish, deer, raptors, and shorebirds); and diminished recreational opportunities for locals and tourists.

The objects of the project were to protect the aquatic ecosystem, restore the natural shoreline (and its protection function), and re-establish vegetation on the island to improve species diversity.

A breach on the west end of the island had widened due to increasingly damaging storm events, and deepened as a result of scour. To fill the breach, two large geotubes were placed in the breach surface level (Figure 1) and over 300,000 native plants were used to stabilise the infilled breach.

The project also restored approximately two miles of shoreline along the southern portion of the island. Sand was pumped via pipeline to the shoreline and contoured using mechanical equipment. The new shoreline was designed with a long gap between it and the existing spit, giving a long narrow lagoon, also connected to the Mississippi Sound. This open-water area now serves as a beneficial end-use site for fine-grained material dredged from the nearby channels that can be easily contained during placement, obviating the need for constructed containment features (Figure 2). This feature, as it is connected to the Mississippi Sound, facilitates the development of tidal channels and natural sediment segregation with minimal environmental impact. The connectivity also provides access to larval and juvenile forms of commercially and recreationally important species of shellfish and finfish. Over time, the strategic seaward native planting, and the placed dredged material will provide substrate for the evolution of a diverse marsh and maritime forest complex  Wave wash was used to slope the intertidal zone, naturally providing a profile conducive to small fish and avian foraging and reptile and mammal haul-out.  Soft-shore design (in lieu of rip-rap or other hard structures) permitted the expansion of recreation benefits to the entire site and improved aesthetics. Finally, the filling of the breach and shoreline restoration has greatly improved the island’s natural capability to protect the city of Biloxi and surrounding coastlines from the growing threat of severe seasonal storm damage blowing in from the Gulf of Mexico. 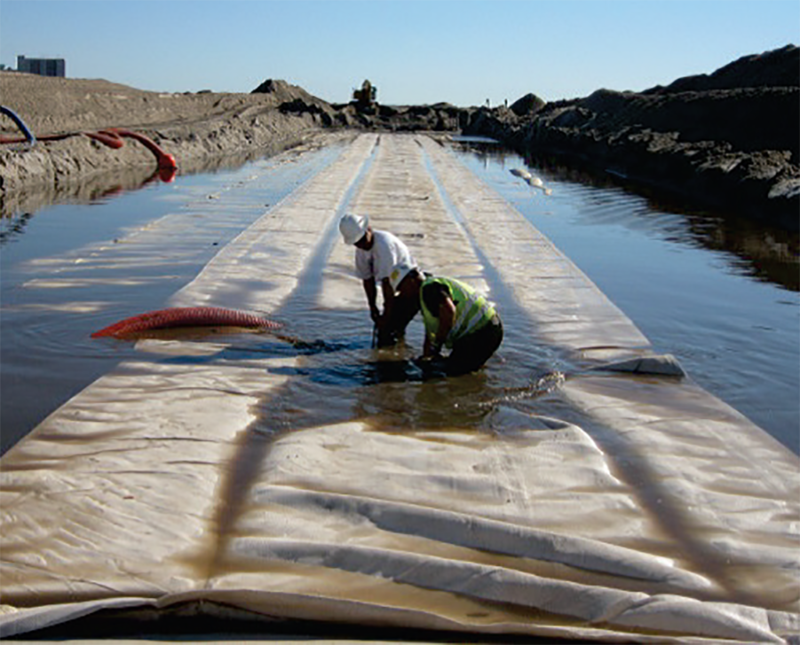 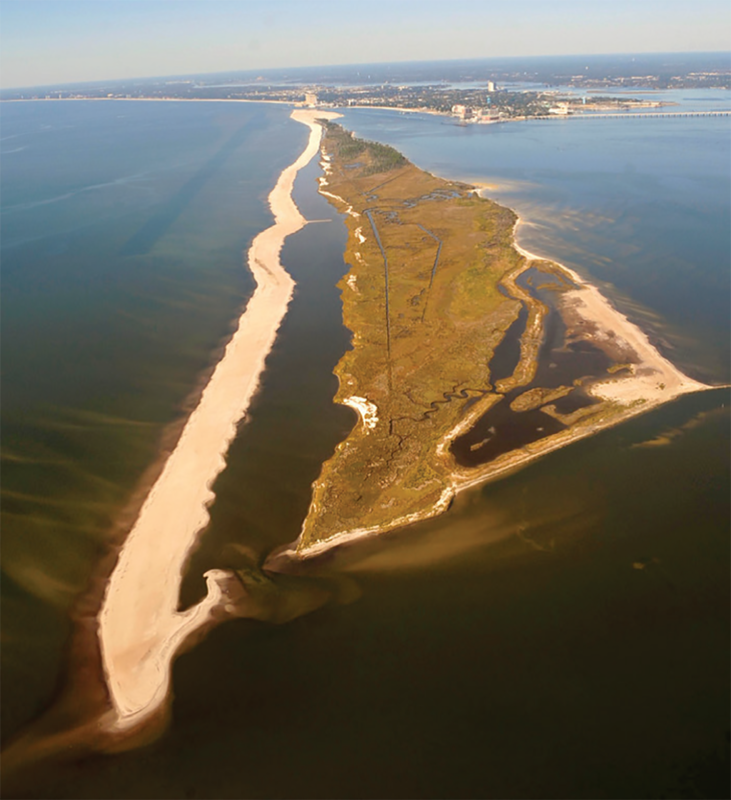