With increasing threats to coastal infrastructure from sea level rise and storms, emerging methods for mitigating these destructive forces are being evaluated and implemented throughout the US coastal regions. Natural and Nature-based Feature (NNBF) projects incorporate the addition of natural structures or fortify existing shoreline habitats with the aim of increasing coastal resiliency. The US Army Corps of Engineers (USACE) has developed a program, Engineering with Nature (EWN) that utilizes these principals when undertaking a restoration project.

One such EWN coastal restoration project is being conducted on Mordecai Island, NJ to fill in an erosional cut that separated the north end from the main portion of the island.

The main goal of the Mordecai Island Costal Wetlands project is to preserve and protect Mordecai Island’s natural birds and marine habitats by stabilizing the shoreline and reducing future erosion.

Mordecai Island is a 45 acre back-bay island that acts as a buffer protecting coastal Beach Haven, NJ from storm generated waves and serves as critical habitat for diamond back terrapins and locally threatened black skimmers. Repurposing clean dredged material from the Intracoastal Waterway (ICW) off the western shore of Mordecai, the USACE placed sediment to elevate the eroded subtidal marsh cut back to an emergent habitat. Additionally, multiple shoreline stabilization strategies have been employed around the island, including planting of marsh grass and addition of bio-logs seeded with mussels.

Presently, the USACE and NOAA are collaborating to evaluate/monitor Mordecai Island with a goal of determining that magnitude of environmental benefits that are achieved. 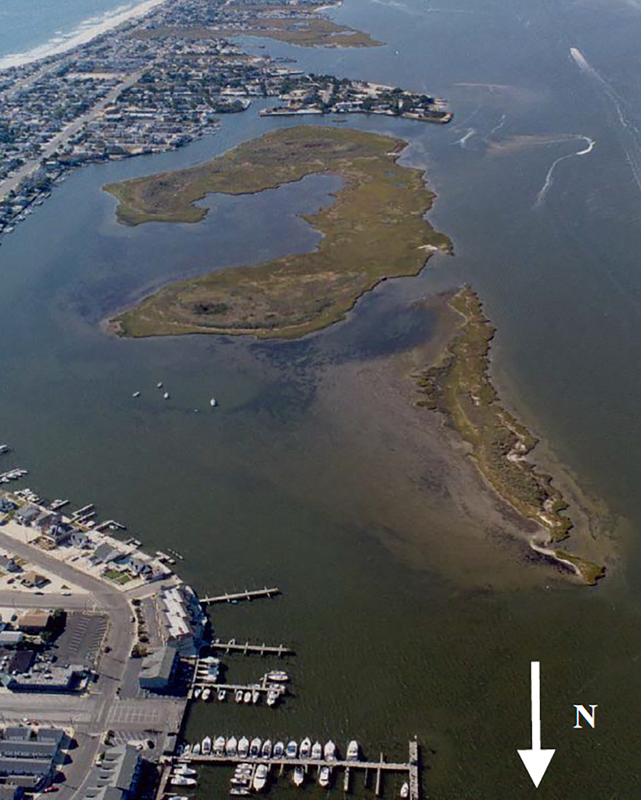 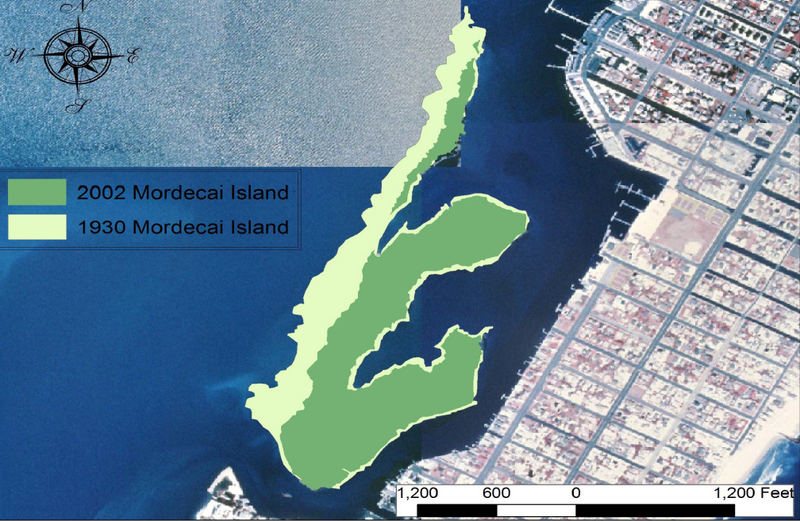 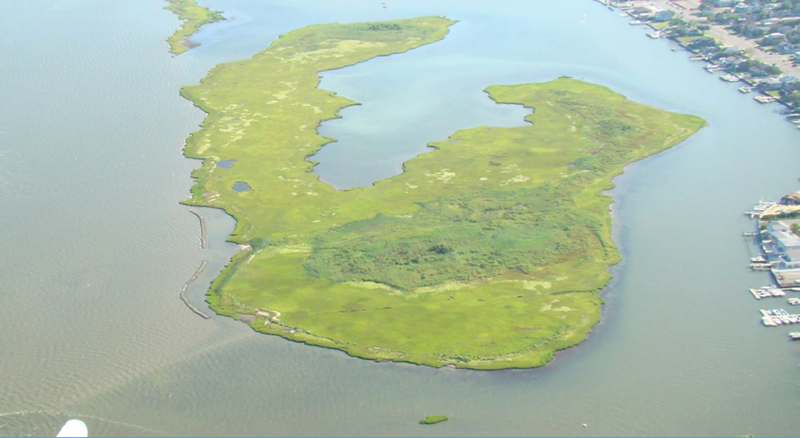