Brightlingsea, UK, has a rich maritime history and is renowned for its traditional shipbuilding industry and oyster fishery. However, Brightlingsea Harbour is subject to the natural deposition of sediment. The accumulation of sediment is causing significant concern to the safe and efficient operation of the harbour, with a calculated volume of 53,000m3 of sediment in the navigation channels and marina basins of the harbour requiring removal.

As part of the 2Seas Interreg European initiative ‘Using Sediment As a Resource’ (USAR), the Brightlingsea Harbour Commissioners, the managing authority of the harbour, aim to conduct a four year maintenance dredge campaign of approximately 50,000m3 of accumulated sediments and beneficially use this sediment to restore local intertidal mudflat and saltmarsh habitats that have been subject to erosion over recent decades, as identified through comparison of historical aerial photography and satellite imagery.

The project was licenced by the MMO and consultees with the EA, NE, HE and CEFAS on environmental aspects including sediment suitability for used in habitat restoration (MLA/2016/00362).

Although the concentrations of some heavy metals within the accumulated sediments exceeded the guidance values of CEFAS (Action Level 1), no furhter investigation was deemed necessary due to the limited elevation of these compounds and the similar concentrations found throughout the local sediments, as a result of widespread depositional processes.

In addition, an extensive monitoring programme is being undertaken in order to identify any potential environmental impact and includes the monitoring of: water quality, benthic fauna community composition, particle size distribution within dredging and restoration sites, vegetation colonisation surveys and the local oyster populations through consultation with local fishermen. 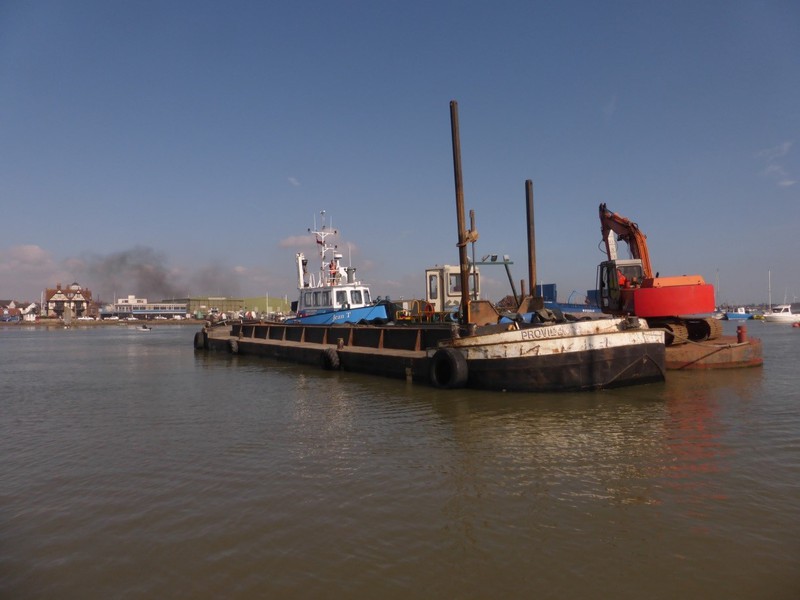