The Hamilton Wetlands site is located 25 miles north of San Francisco on the southeast edge of Novato, California. It was diked and dried nearly 100 years ago as part of a major conversion of tidal wetlands to commercial uses that reduced marsh acreage by 95% in the San Francisco Estuary, impacting both habitat for endangered species and coastal resilience.   The Hamilton Wetlands site, like most of the diked and converted baylands, subsided approximately 2 m over the last 100 years during its years as an airfield.  This loss of elevation was unlikely to be reversed upon restoration of tidal connectivity, in part because the sediment in the greater San Francisco Estuary and Delta system has decreased over decades as the pulse caused by hydraulic mining associated the Gold Rush (1853-1884) exited the system.

To counteract this subsidence, restoration of Hamilton Wetlands through a joint venture between the US Army Corps of Engineers (USACE) San Francisco District and the California State Coastal Conservancy placed 4.5 million m3 of dredged material, 75% of which came from the Port of Oakland deepening project, into the diked bayland. This dredged material raised the overall elevation to within a 0.5 m of target marsh elevations over the tidal portions of the site. It was also used to create berms approximately 0.85 m tall, which were placed in the tidal areas to disrupt the fetch, reduce wave heights and promote sediment accretion. The design  incorporated seasonal wetlands and a wildlife corridor connecting the restoration site to existing riparian areas.

In April, 2014, Hamilton Wetland was breached and connected once again with San Pablo Bay.  Follow-on research funded through Engineering With Nature studied the efficacy of the berms to interrupt wave energy, as well as accretion, flocculation, suspension, and erosion rates, all to inform design parameters of future projects.   After three years of monitoring, approximately 30% of the site is vegetated, the tidal portions being colonized by Salicornia pacifica as they achieve marsh elevation.  2017 bird surveys yielded observations of 144,652 individual waterbirds, averaging 8,036 birds per census. Eighty-three waterbird species have been detected on site since monitoring began. 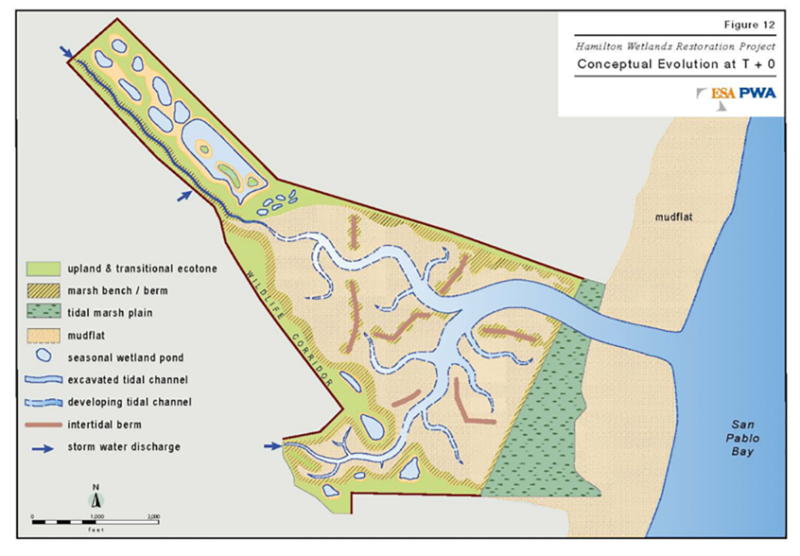 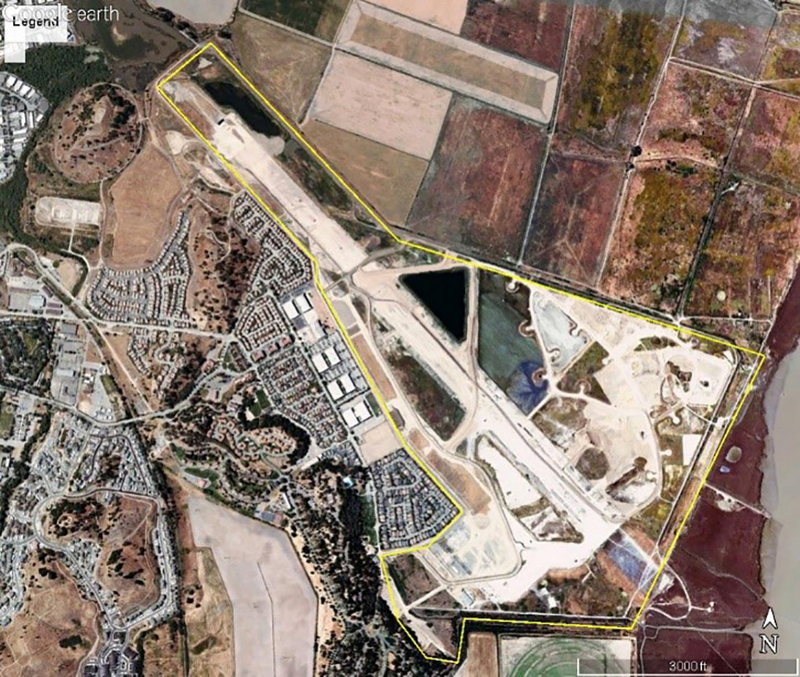 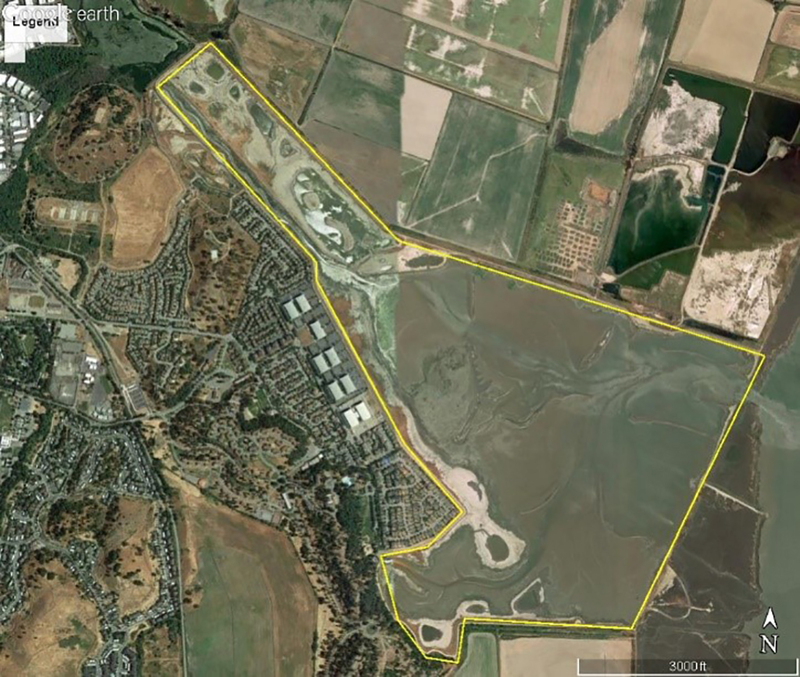